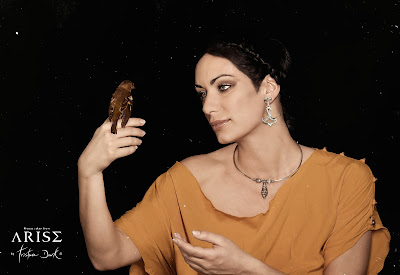 When we first heard from Marco Brunetti a photographer from Italy it was in the form of a customer request towards our website greek jewelry shop. But his request from us was far from usual. He wanted to create a work of art in the form of a photographic art-book in full tribulation to the gods of Greece, their origin and their more than notorious mischief and mysterious intertwining relationships.
As he wanted to use costumes and jewelry in true ancient Greek form, it was not such a surprise that he approached our website for some props. I was so amused and quite flattered that he wanted to do something truly beautiful and flattered that the fruit of his 2-3 year project would contain our jewelry that I invited him over to Greece and showed him the best I could of the monuments. What was intriguing was his persistence and vitality in this project which is finaly released and called 'ARISE'. Everything about this book is very stylized and indeed quite imaginative and should I say.. incredibly sexy! After visiting the Temple of Poseidon together for his research and spending a couple of nights in Delphi and , we could only become friends. 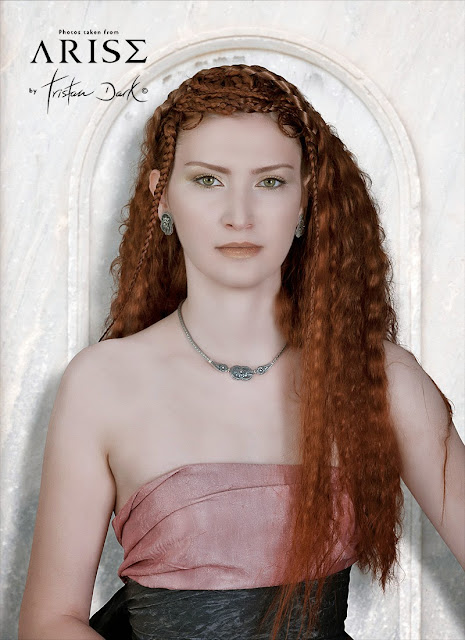 Marco clearly dignifies his aesthetic preference to the subject of the female Goddesses, while the infinite drama unfolds, characterized by endless cliff-hanging and symbolic dilemmas that Greek Mythology is so renown for. In Greek Mythology, everthing happens for a reason, characters are born and killed wisely or seductively or with jealousy or hate only to reveal a new state of philosophical being. Most names of Greek gods, particularly the Primal gods and Titans are the core univeral concepts (names) like eg. the Sky, the Sea and Earth. Their relationships critical to the existence a philosophy of embodied concepts and ideals such as the first western one, the Greek one. 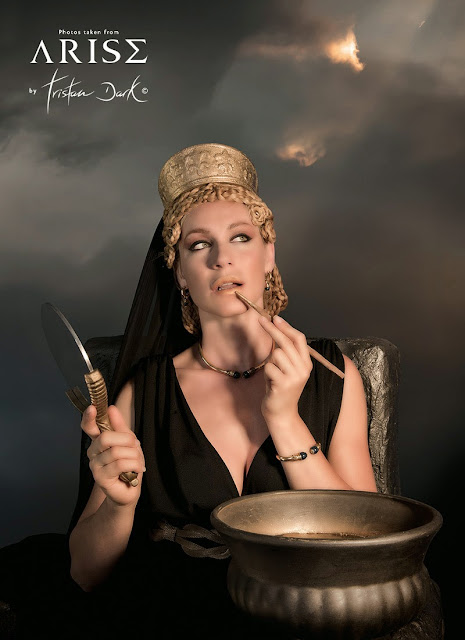 Likewise to everything following a rationale in the Greek mythology, 'ARISE' has it's own unique reason for having finally been realized after several years of hard work. It is perhaps the first time I have seen a large format luxury edition extended study of mythology with a predominant approach on the aesthetic principles of Greek mythology. All through the eyes of an Italian photographer.
While the myth unfolds, Marco's eye is on the characters as an observer of these always passionate and tragic personas, the youth, the passion, the envy, the disaster, the fertility and the enigma which always gives birth to something new.
I hope you enjoy the preview photos of this outstanding production.